Austin’s South by Southwest (SXSW) is one of the most exciting tech conferences in the world! From March 10-19, a variety of speakers will lead sessions on everything interactive, film and music. Whisper Valley in East Austin has compiled a list of some of the featured sessions you won’t want to miss at the 2017 SXSW: 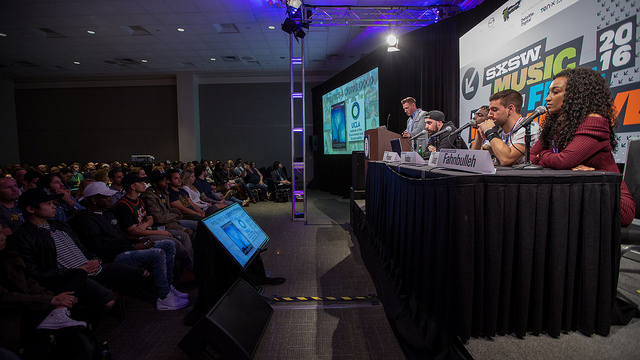 3D printing is the hottest technology of the minute! This session will breakdown the history of 3D printing and what’s to come, as well as feature a live demo of different types of 3D printers.

Are sports stadiums a waste of tax dollars or can they be something more? Sacramento Kings owner and tech entrepreneur Vivik Ranadivé aims to open a 21st Century coliseum that will contribute to building the city of the future by improving the regional economy and acting as a catalyst for broader social impact by inspiring fans, local community leaders and more.

If you dream of working from your East Austin home in Whisper Valley, this session is for you. Speaker David Weaver sold almost everything he owned a worked remotely in a rural area of Vermont for a year. He shares his experience and the knowledge he gained on creating an efficient workspace, the tyranny of office culture, and time and space-killers.

The great grandson of Henry Ford calls for mobility as a human right and urges companies and governments to rethink how people and goods move on roads that are growing increasingly crowded as the population becomes more urbanized.

The 2017 SXSW features several CEOs and celebrities from every walk of life, but this session gives you a chance to listen to former astronaut Buzz Aldrin’s historic Apollo 11 moonwalk and learn what’s in store for human space exploration.

The greatest part about living in Whisper Valley is being part of the East Austin culture and having the opportunity to attend all of the amazing conferences and festivals that take place in the Texas capital, like the 2017 SXSW! To learn more about the eco-friendly lifestyle and amenities of Whisper Valley, visit www.whispervalleyaustin.com.