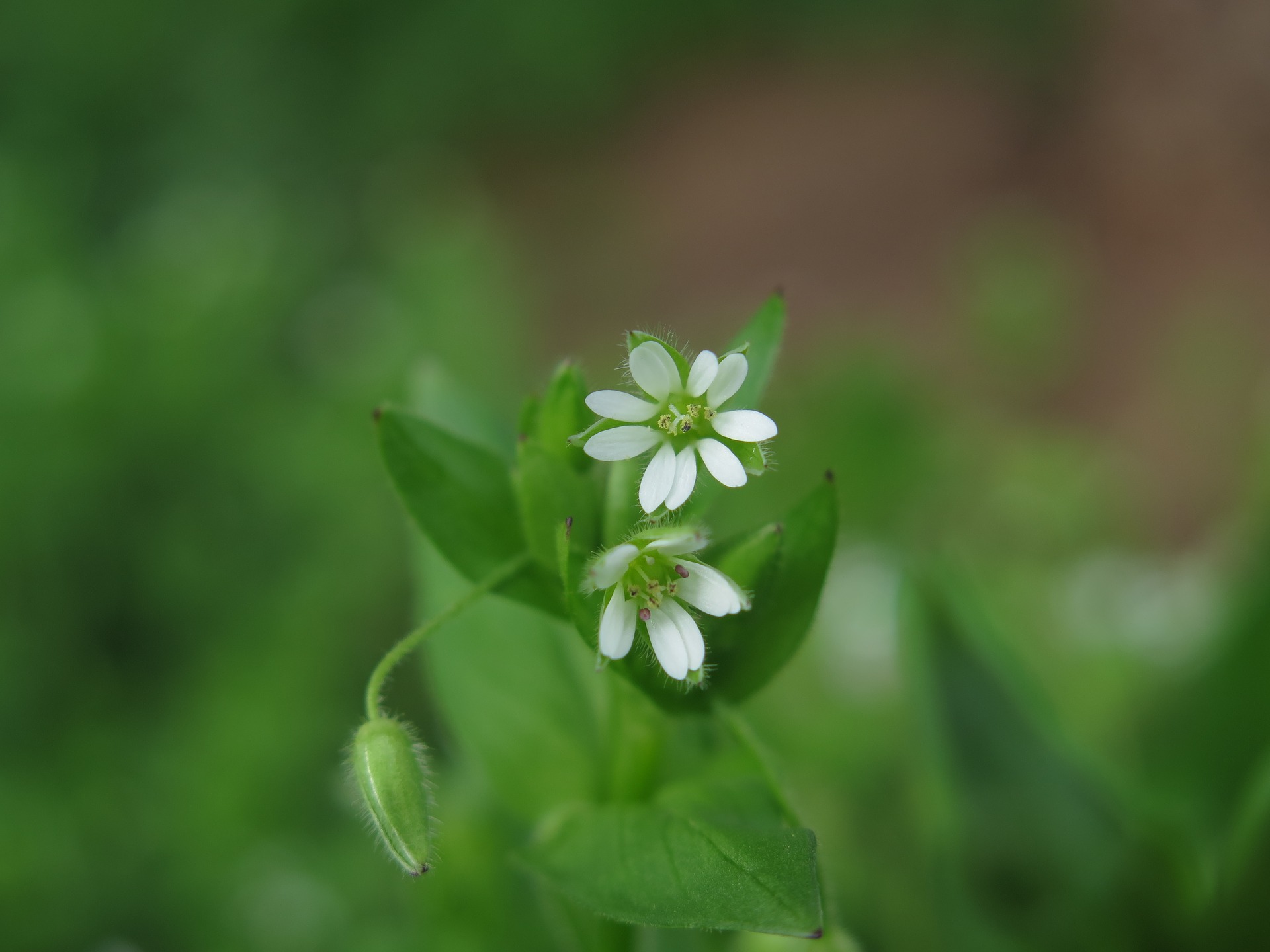 Eat Your Weeds! A Guide to Edible Garden Weeds

Ralph Waldo Emerson once described a weed as a plant whose virtue had yet to be discovered. Mr. Emerson and my 5 year old daughter Mia would be fast friends, I think. On one of Austin’s recent spring-like days she volunteered to be my yard work assistant and was completely dumbfounded when she saw me painstakingly pulling all the “flowers” in our xeriscaped lawn. Admittedly I stumbled trying to explain what made this dainty purple flower so unworthy, and how to answer her question, “What is a weed?”

A weed is very simply a plant that is not appreciated thanks to where it is growing. So, sure, the little purple flower–it turns out to be mallow, by the way– is charming and all, but they are vigorously growing and spreading outside the established beds. Such nerve weeds have. A weed’s vigorous growth is actually one of the qualities that makes a weed a weed according to the Weed Science Society of America. Yes, it’s a real thing.
What else makes a weed a weed? According to the experts, a weed is a plant that produces an enormous amount of seeds, as in tens of thousands per plant. Imagine said 5-year-old blowing dandelion puff after dandelion puff on a recent walk through the neighbourhood. A weed’s seeds can survive a long time; they thrive in harsh conditions; and their seeds establish quickly and spread easily. Don’t I know it. Nothing feels quite so satisfying as pulling weeds, but also quite so fruitless when just days later they are back with a vengeance. Perhaps a paradigm shift is called for in this so-called fight against weeds. First, “weed” just sounds negative, so let’s try “wild edibles,” as the foraging set calls them. Yes, much better.

As it turns out, Mia and Mr. Emerson aren’t alone in their appreciation for ahem, wild edibles. Kylie Treekin, one of Lettuce’s farm managers, recently bounded into the test kitchen with fistfuls of dandelions, chickweed, and primrose. Grinning–to be fair Kylie is always grinning and cheerful–she says, “Hey, would you want to use these weeds in a recipe?” Um, no?

With that, she dug in. Kylie explained, “I love eating weeds, especially edible flowers. They are constantly bursting out of whatever unexpected crevice the little seeds can find, and they can grow in some very unusual places.” Yep, that sounds like weeds.

My weed education continued: “Most weeds are pioneer plants, which means they are the first to show up when the soil has been disturbed. They usually have long roots that reach down to tap into nutrients. Instead of seeing these plants as a nuisance I like to work with them, allowing them to grow on the farm and harvest them for eating fresh or for making medicines.” Kylie went on to explain that vinegars are her favorite way either to preserve weeds or to extract their medicinal qualities. “There are so many ways to use these wonderful plants if we just give them value!”

Kylie’s enthusiasm for the much-maligned weed turned out to be just the inspiration I needed. The In-Between Season of seasons can be challenging in the kitchen. Spring is in the air and I’m antsy for a fresh crop of ingredients. It’s too early for basil or asparagus or crookneck squash, but according to Kylie, weeds are in abundance. Coming around to dandelion greens wasn’t quite as much of a stretch, as I’ve seen them often enough at the grocery store. So I gave the kale a rest and opted to try dandelions for the Lemony Spring Chicken Soup. They’re actually amazing, these so-called weeds, with their cheerful, yellow flower. Every part of the dandelion is edible. The leaves and flowers can be cooked or eaten raw in a salad, the flowers can be dried and used in a stock. I even saw a recipe for dandelion flower pancakes. If anyone tries that, let me know. Finally, the roots can be used to make tea. According to Pilar Rendon, Lettuce’s Registered Dietitian, dandelion greens are similar in nutrients to other leafy greens. They are rich in vitamin C, iron, and potassium, among other nutrients. Dandelion flowers are said to be a good source of antioxidants, and tea made from its roots is said to do everything from reducing inflammation to balance blood sugar. That’s quite a sales pitch, and they turned out to be the perfect addition to the soup.

And cooking with weeds was fun, which isn’t to be underestimated. It had a sort of survivalist quality to it. Knowing which plants that naturally grow in the wild are edible means I have a better chance of surviving a Zombie Apocalypse. It’s actually that quality that has drawn some folks known as “Preppers” to learn more about foraging for wild edibles. Preppers have a deep distrust of the Western food system, hence their love of foraging, and hobbyist Preppers learn to forage as part of their Zombie Apocalypse Plan. Smart. Others are drawn to foraging as a way to connect with nature, according to Daniel Cunningham, the expert forager behind the book and website Foraging Texas. Cunningham’s site is an excellent resource if you are interested in learning more about how to identify wild edibles and what to do with them.

Purslane: Stems and leaves are edible and can be cooked or eaten raw. 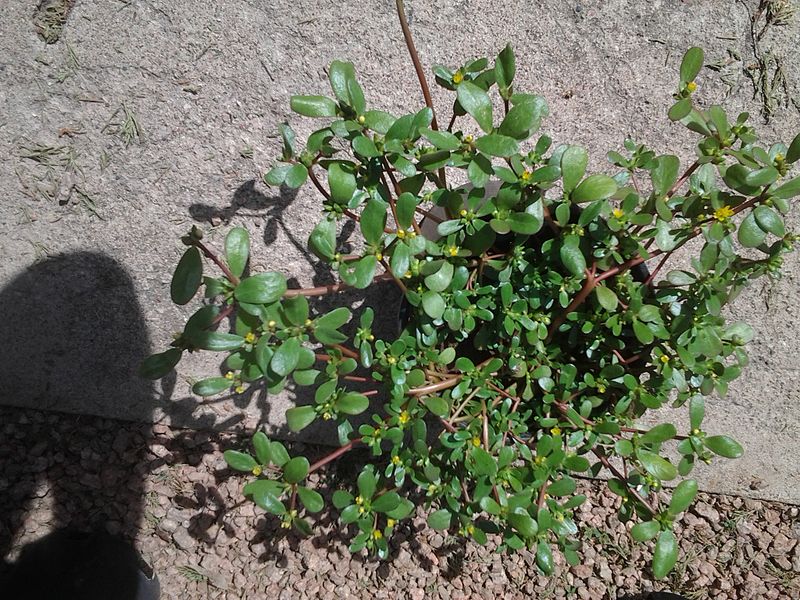 Turk’s cap: Flowers, leaves, and fruit are edible. Leaves can be cooked or eaten raw. 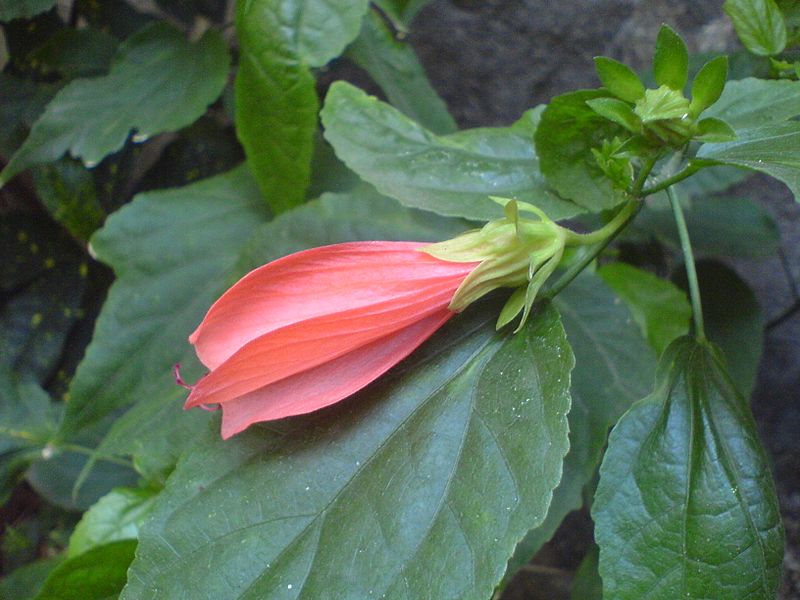 Amaranth: Seeds and leaves can be cooked or eaten raw. You can even pop the seeds like popcorn. They aren’t nearly as substantial, but it’s definitely amusing and a nutritious garnish to a salad. 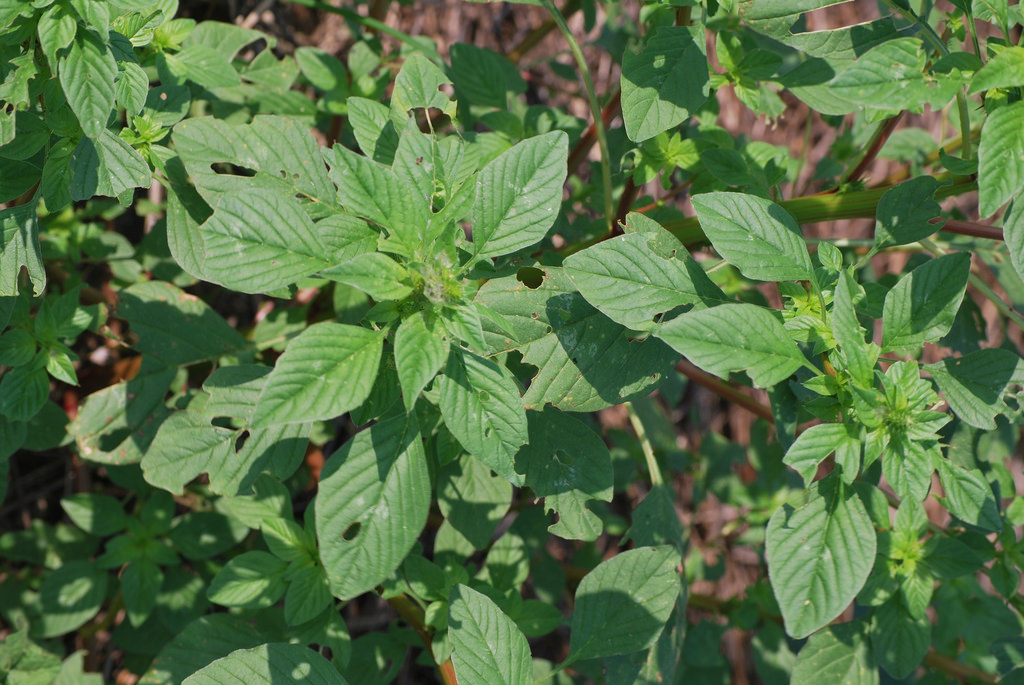 Wood sorrel: Leaves can be cooked or eaten raw. Sorrel has a strong citrus flavor. 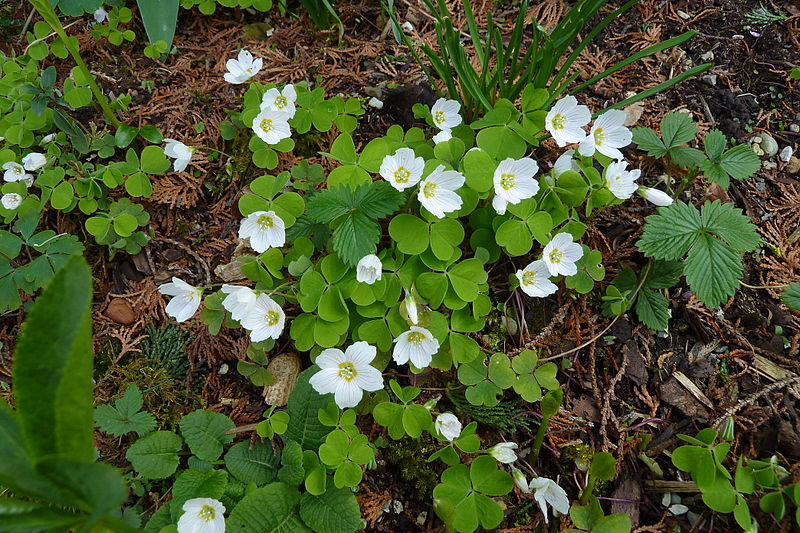 Mallow neglecta (there are a few mallow varieties): Leaves and roots can be steamed or used in a tea. Mallow is also a thickening agent. 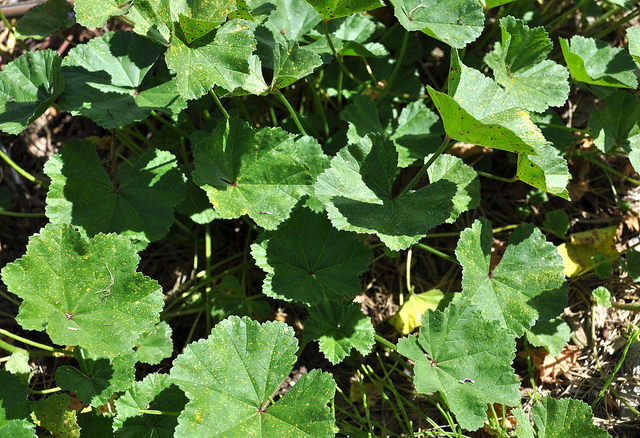 Evening primrose: Leaves, stems, and fruit can be eaten raw or boiled into a tea. 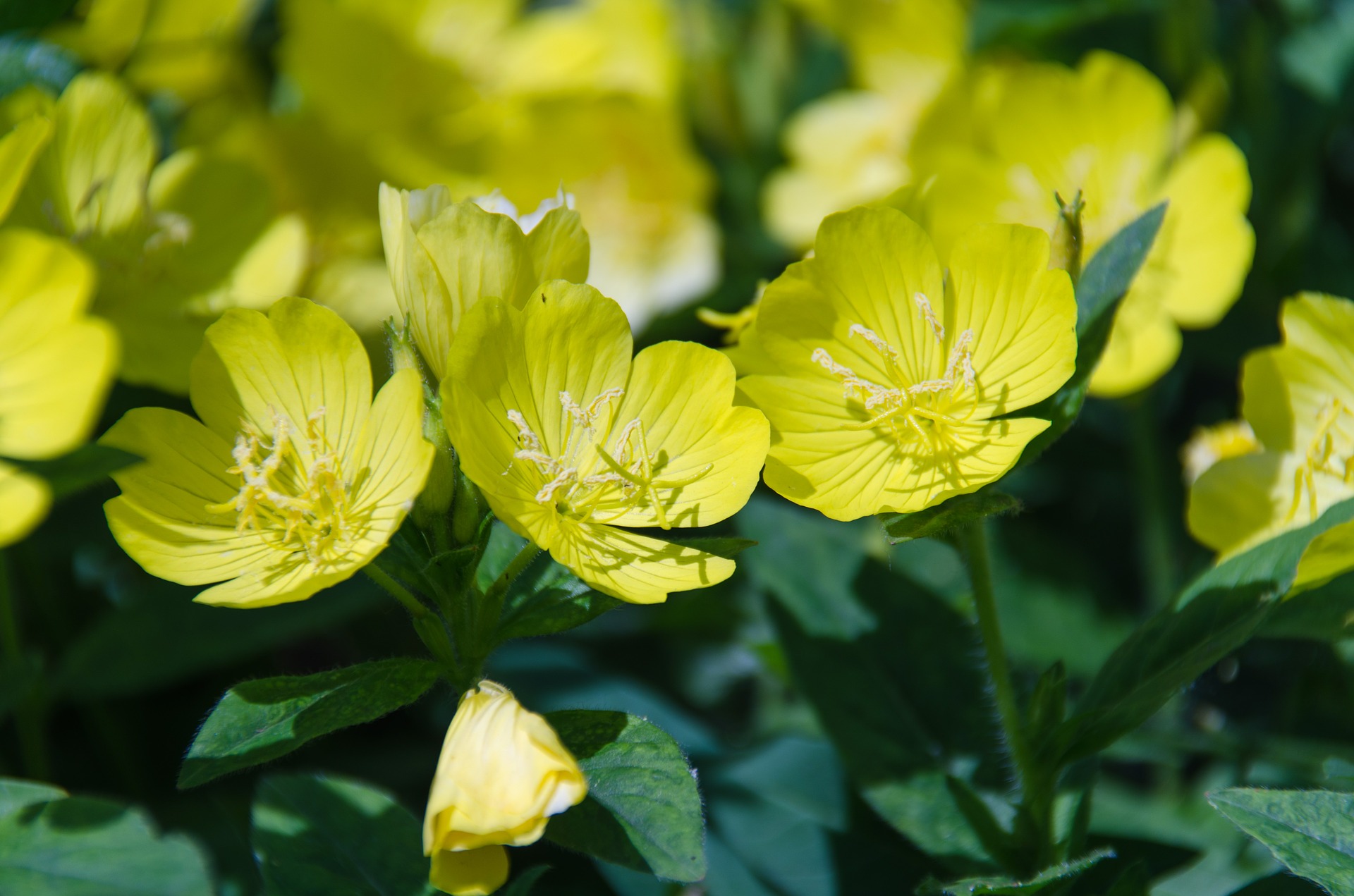 Chickweed: Leaves and stems can be cooked or eaten raw.

*Look for chickweed and primrose in this week’s salad mix.

Our resident expert highly recommends the following resources to get you started: