The devastating February 2021 Texas winter storm left millions across the state without power and heat during frigid temperatures. While state leaders and the Electric Reliability Council of Texas (ERCOT) are currently assessing the shortcomings of the grid, Whisper Valley’s revolutionary EcoSmart technology has shown the benefit of utilizing renewable geothermal energy in homes.

Whisper Valley is a first-of-its-kind Eco-community. EcoSmart Solution, the geothermal energy provider for the community, delivers geothermal heating and cooling to every home, while solar panels installed on every home generate energy. This results in a zero-energy-capable home based upon personal energy behavior.

Preliminary data from the EcoSmart Solution Test House Bluebonnet energy usage explorer graph (Figure 1) shows very low energy usage during the duration of the vortex. This is thanks in part to solar panels installed on this and every home that were able to generate additional power during the days of sunny weather following the brunt of the storm. EcoSmart’s Whisper Valley Test House generated 15.17kWh, or kilowatt hours, on Tuesday. Data from an experimental monitor in the home shows strong individual geothermal well performance (Figure 2). 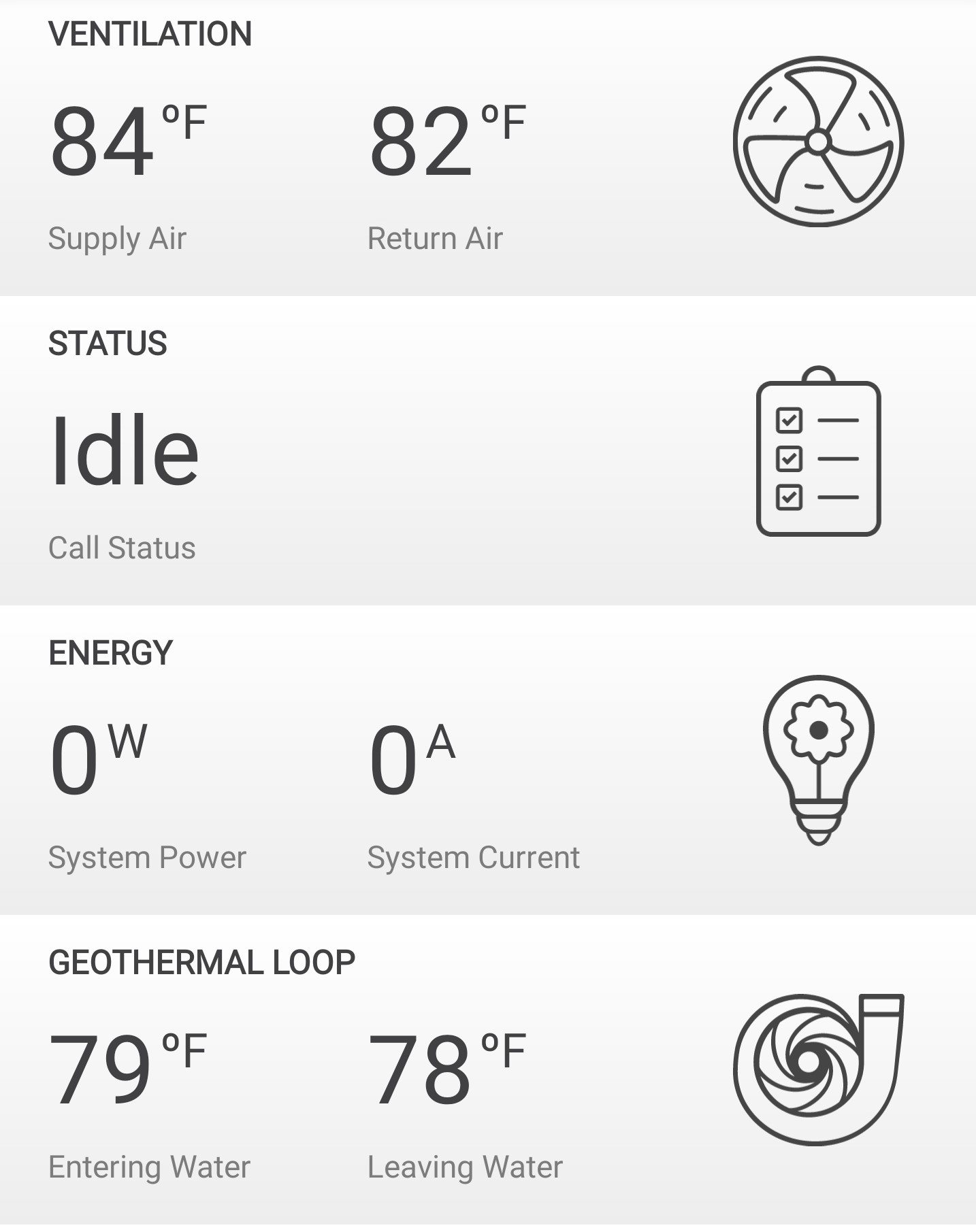 One of the biggest strengths of the community, the innovative GeoGrid™, has continued to perform incredibly well during the bitter winter temperatures. EcoSmart Solution remotely accessed the Sonicu GeoGrid monitor, which measures temperatures leaving from the Energy Center, recorded remarkable and stable GeoGrid temperatures (Figure 3).

The GeoGrid is a hybrid loop system that serves as a thermal exchange system – storing thermal energy in the Earth during hot months, and then using the stored thermal energy in the winter to heat homes much more efficiently than traditional systems. It does this with the use of a Ground Source Heat Pump (GSHP) that takes the place of a conventional HVAC system.

Geothermal systems can typically be expensive to install in a home, but the EcoSmart Solution enables a cost-effective solution utilizing a community-wide GeoGrid.

“As a part of the development team at Whisper who are committed to following sustainable development principles, I am incredibly pleased with the performance of the EcoSmart GeoGrid during this unprecedented weather event. It just makes us more satisfied and excited that we decided to implement the EcoSmart program for our residents.”

As Texans look to the future to determine how to best prepare their homes for an unprecedented weather event, Whisper Valley is also introducing an optional upgrade feature in zero-energy-capable homes built in Phase 2 of the community.

The sonnen home battery pairs with the solar PV in Whisper Valley homes, generators and the local grid to store excess energy and optimize its use, including powering the home at night and providing resiliency to power outages.

The batteries are designed to charge using the home’s on-site PV generation, utilizing excess energy to offset peak consumption or even run the house nearly independently from the grid, which is incredibly important in the event of a grid failure or blackout.